The 1st meeting for the establishment of a branch of PEN International in Greece was successfully held on Monday, September 16, 2019.

The first meeting for the establishment of the Pen Center was hosted in Serafio, the modern center of culture and innovation of the Municipality of Athens, on Monday 16 September 2019, with the keynote speaker Mrs. Kätlin Kaldmaa, International Secretary of PEN International, who presented the values of the world historical union.

PEN values include – among others – the following:

PEN International  by the word “writer” embraces novelists, poets, journalists, academics, publishers, bloggers, biographers, translators, in short, refers to those involved in written or oral speech and this biodiversity  can be achieved through this global union.

With the PEN Center active in Greece, the role of literature in the development of mutual understanding and world culture will be emphasized, a strong voice for the rights of authors will be created and the literary community in Greece will know that there is a possibility to become a member of a world historical body staffed by distinguished writers, and literates.

Other open meetings will follow where all those involved in the field of letters in Greece can be informed about the PEN Center.

Coordinator of the 2nd meeting held in Athens, Greece

Among other things, Mrs. Erifili Maroniti made the below statements.

The Greek PEN Center which will be created will be an open foundation of culture and it is encouraging that the Greek book world has responded positively.

Having the experience of Athens Culture Net, of the Municipality of Athens, we have realized that networking is the only way to have speed and efficiency in our times.

There has been a failed attempt to set up the Greek PEN Center in the past, but this time we are proceeding with completely different terms of transparency, reliability and extroversion.

Reactions from the writer’s community and intellect people confirm that we are on the right path to establish Pen Greece.

PEN International promotes Literature and Freedom of Expression, particularly the unhampered transmission of thought within each nation and between all nations, and the interim board will make sure that PEN Greece will be founded on those principles and values that Pen International declares.

Good evening, Dear friends and associates. I am very pleased that you have responded positively to our invitation. I am thrilled that with us today, is  Mrs. Kätlin Kaldmaa from the World Writers’ Association, Pen International, founded in London in 1921 to promote friendship and spiritual collaboration between writers everywhere.

I will briefly tell you how the initiative to set up a PEN Center in Greece begun.

Last March, the online magazine Literature.gr in collaboration with the Athens 2018: World Book Capital  organized an one day conference attended by Hellenists and translators in order to explore the obstacles facing the spread of Greek Literature abroad. After that we tried not to give up on the project and proceeded to record the global situation on publishers and media and agents who work in Literature Field Globally. Talking to Mr. Christos Economou about the different countries and Greek translations, he mentioned to me the global association of writers  Pen International and we talked about the possibility of establishing a Pen center in Greece.

I considered the creation of a Greek Pen Center a very important development for the Greek literary community, I contacted PEN International headquarters in London and I informed my close colleagues about this prospect.

At this point, I would like to make it clear that the Pen Center that I hope it will be established and I aspire to be staffed from personalities from the book world in general, publishers, writers, poets, librarians, bloggers, scholars and literary critics, is not an invitation from Literature.gr, it is an initiative of individuals and as individuals we will become members of it.

The role of Pen International and its action will be presented by Ms. Kätlin Kaldmaa. Personally, I would like to emphasize that in addition to its key action in the campaigns for freedom of expression and the protection of the rights of the writers of the planet, a particularly important project of it is that it promotes national literature among the various pen centers, holds literary prizes, plays an advisory role to government agencies and all through lots by its universal power. I believe that the creation of an official Pen center in Greece will have multiple benefits for the literary community starting from the primary benefit of visibility, and will act as a tool of interconnection among all concerned.

Pen unites the writers and the world of the book in general and like any association of people of spirit and art, it acts as a positive catalyst for creative action.

Pen International by the term ‘author’ embraces novelists, poets, journalists, academics, publishers, bloggers, biographers, translators, in short, refers to those who deal with written or oral speech, and this biodiversity drives  evolution, which can also be achieved through this global union. Pen  values ​​are accepted by every democratic person who respects himself and his fellow man.

As a writer already translated, I have been fortunate to be travelling abroad invited to attend  various events. Pen Centers are  in most countries of the world and I am pleased that today is taking place the first step to establish an official Pen Center in Greece.

It is important for a writer to be informed of Pen’s actions, to travel so to come in contact with foreign writers, to enrich his way of thinking, that  he will put into words at some point and eventually escape our inner limited world.

With a Pen Center active in Greece, it will emphasize the role of literature in the development of mutual understanding and world culture, create a strong voice for the rights of writers and let the people of Greece know that they can become members in a worldwide historical body of well-known writers, and people of the book. 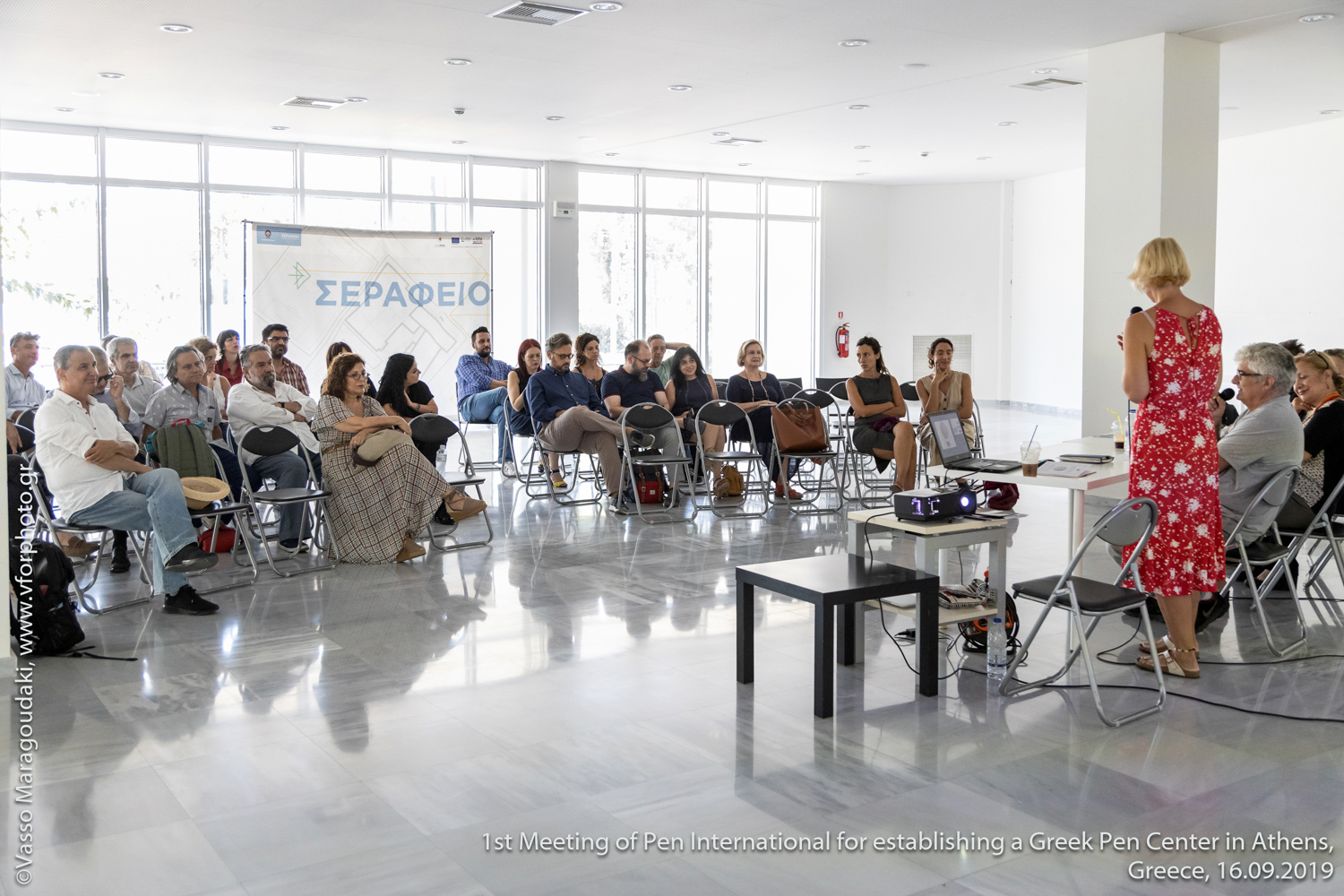 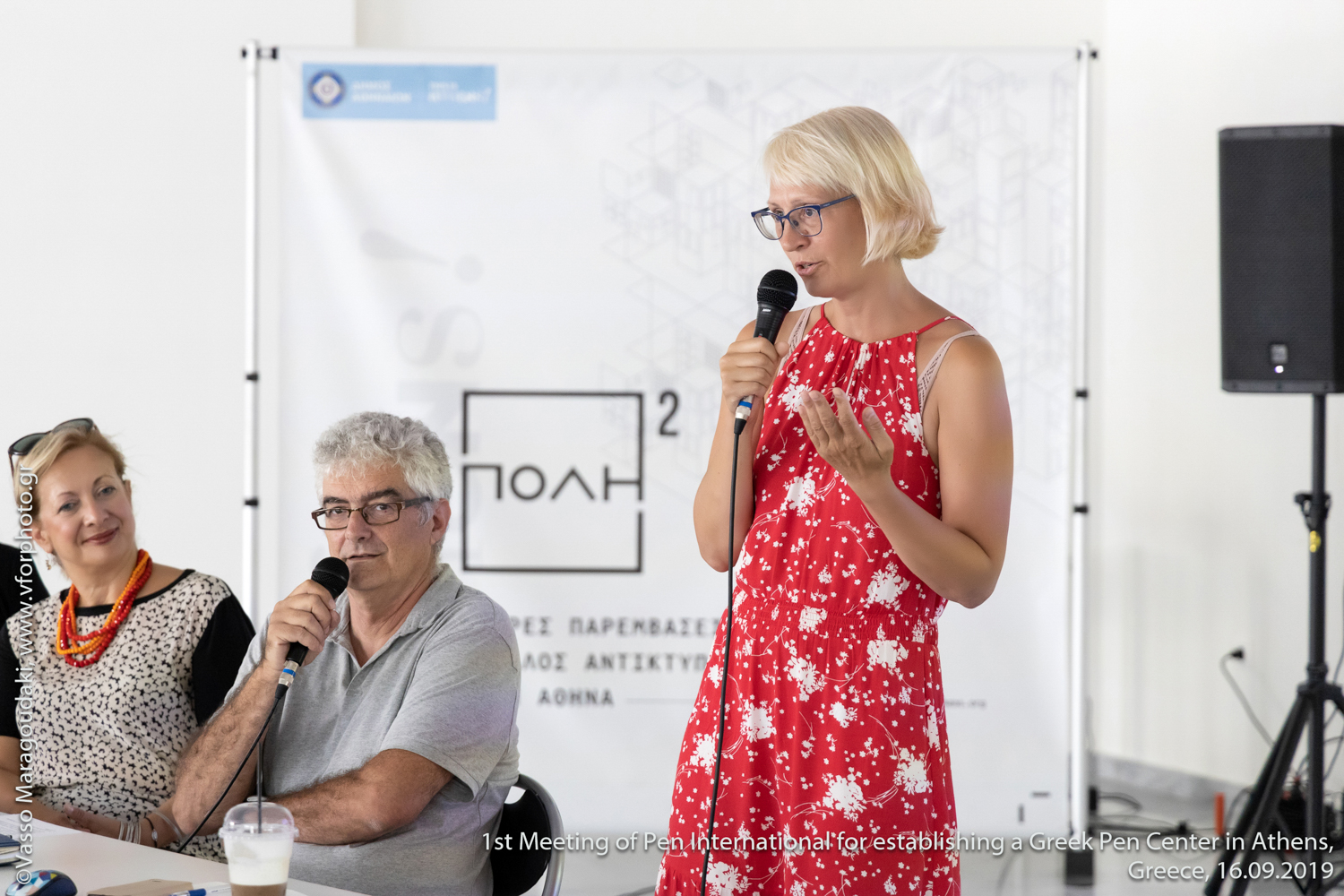 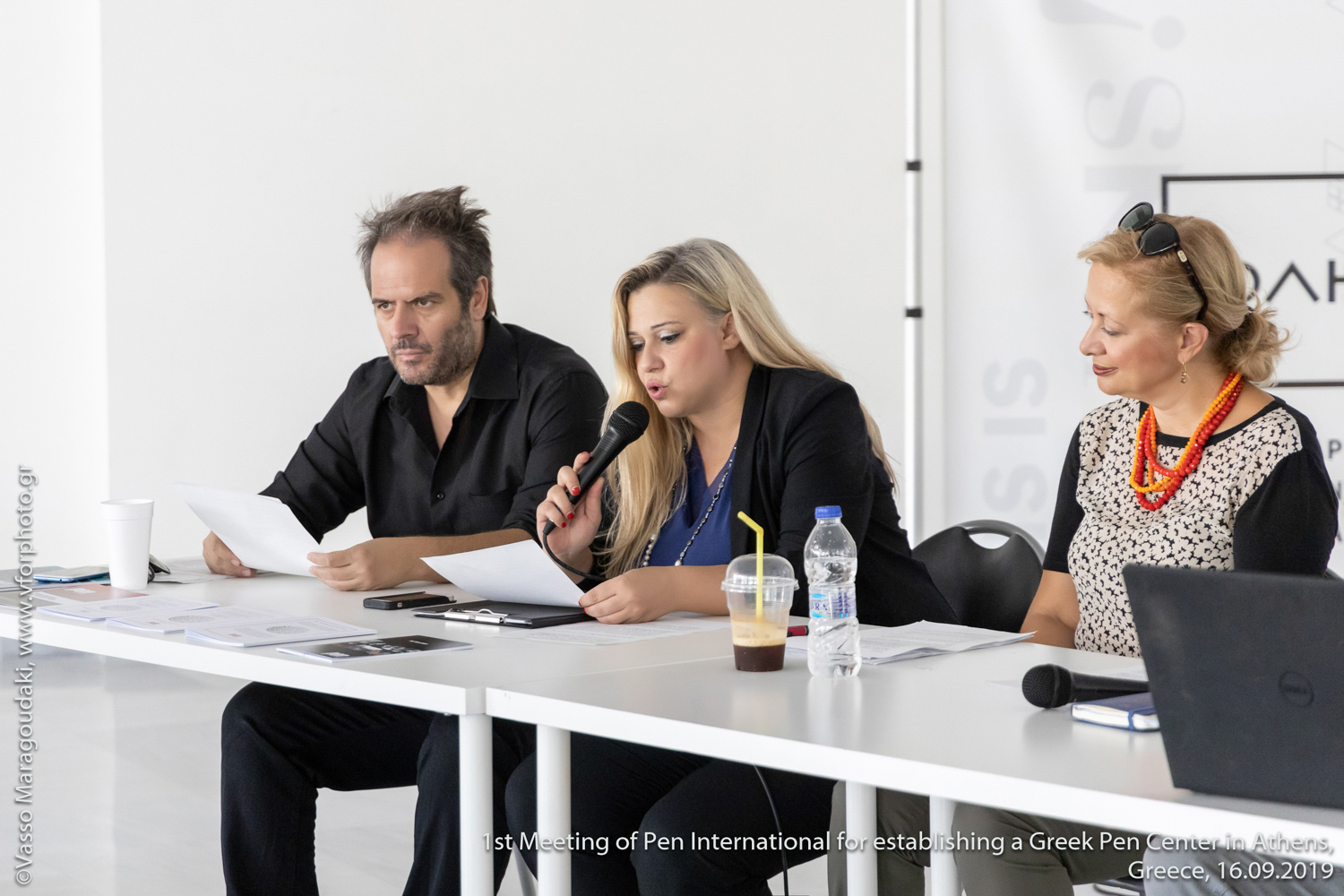 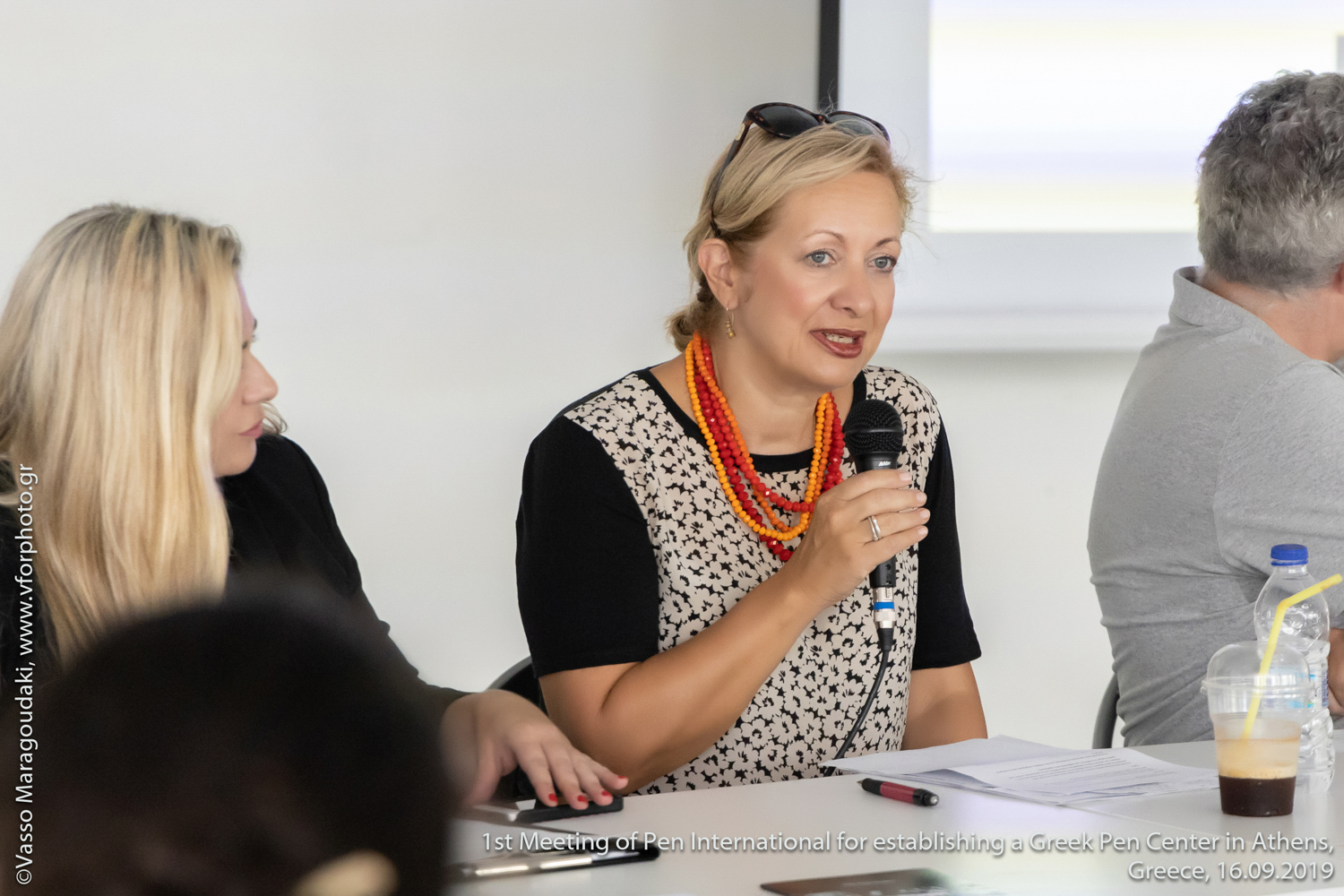 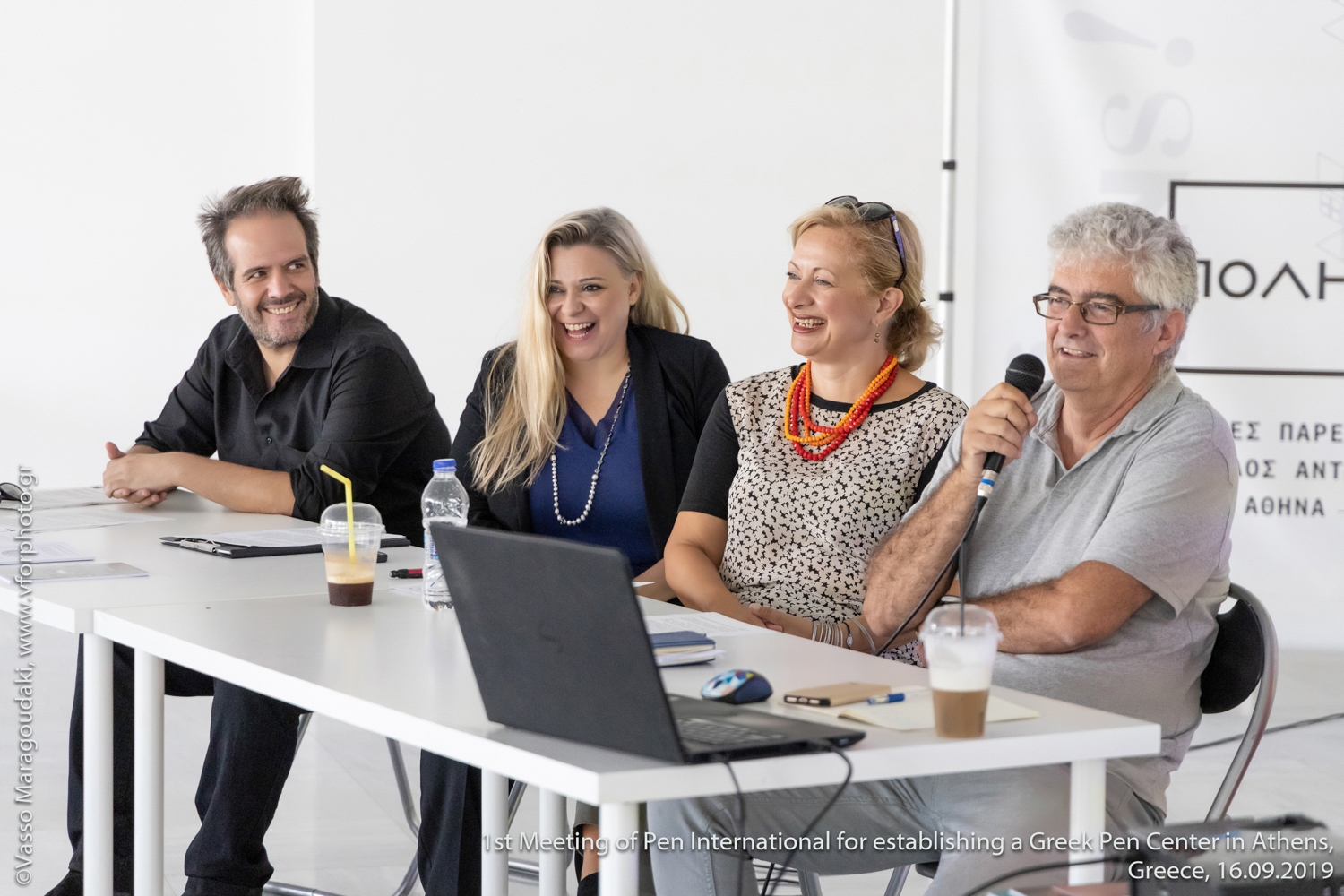 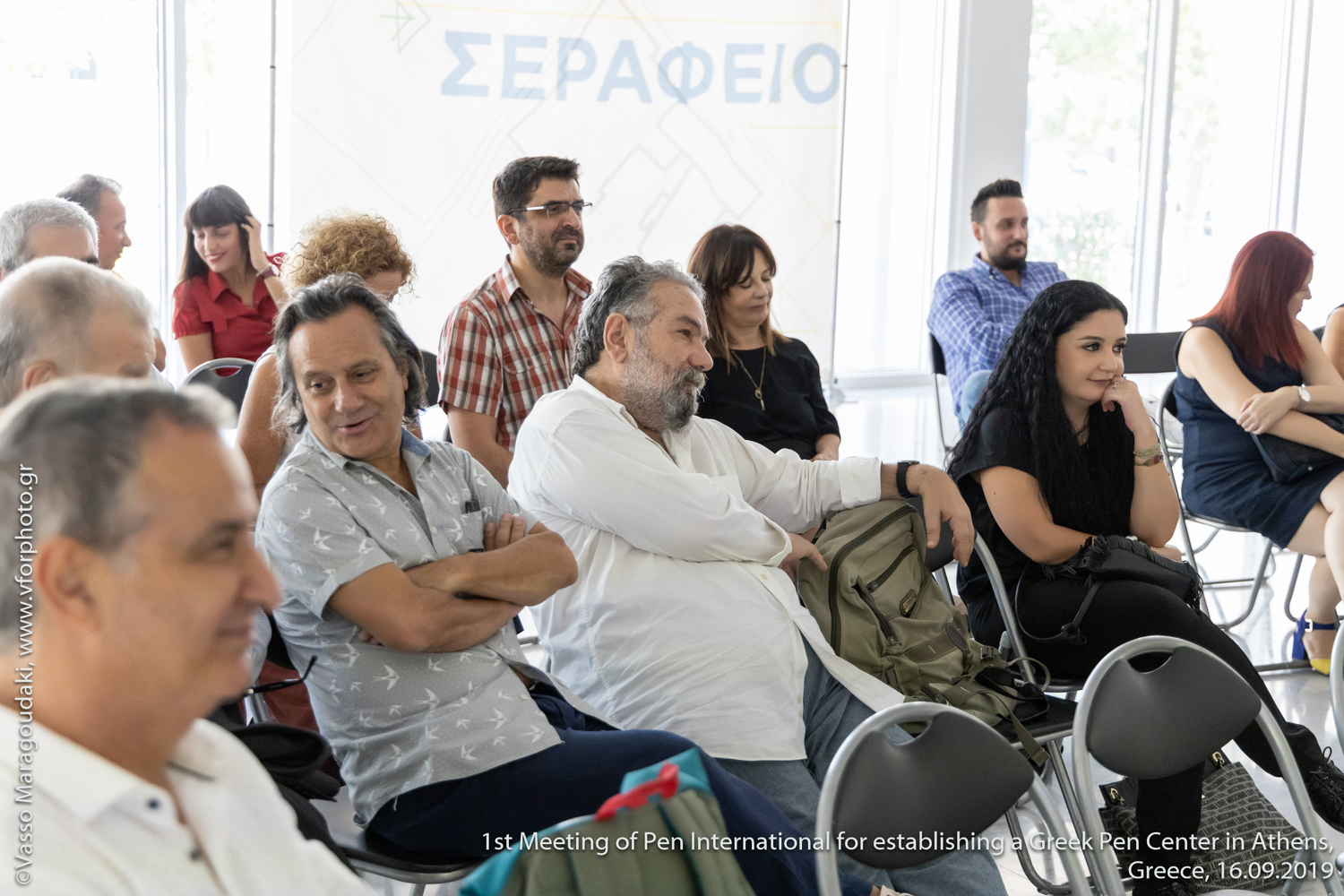 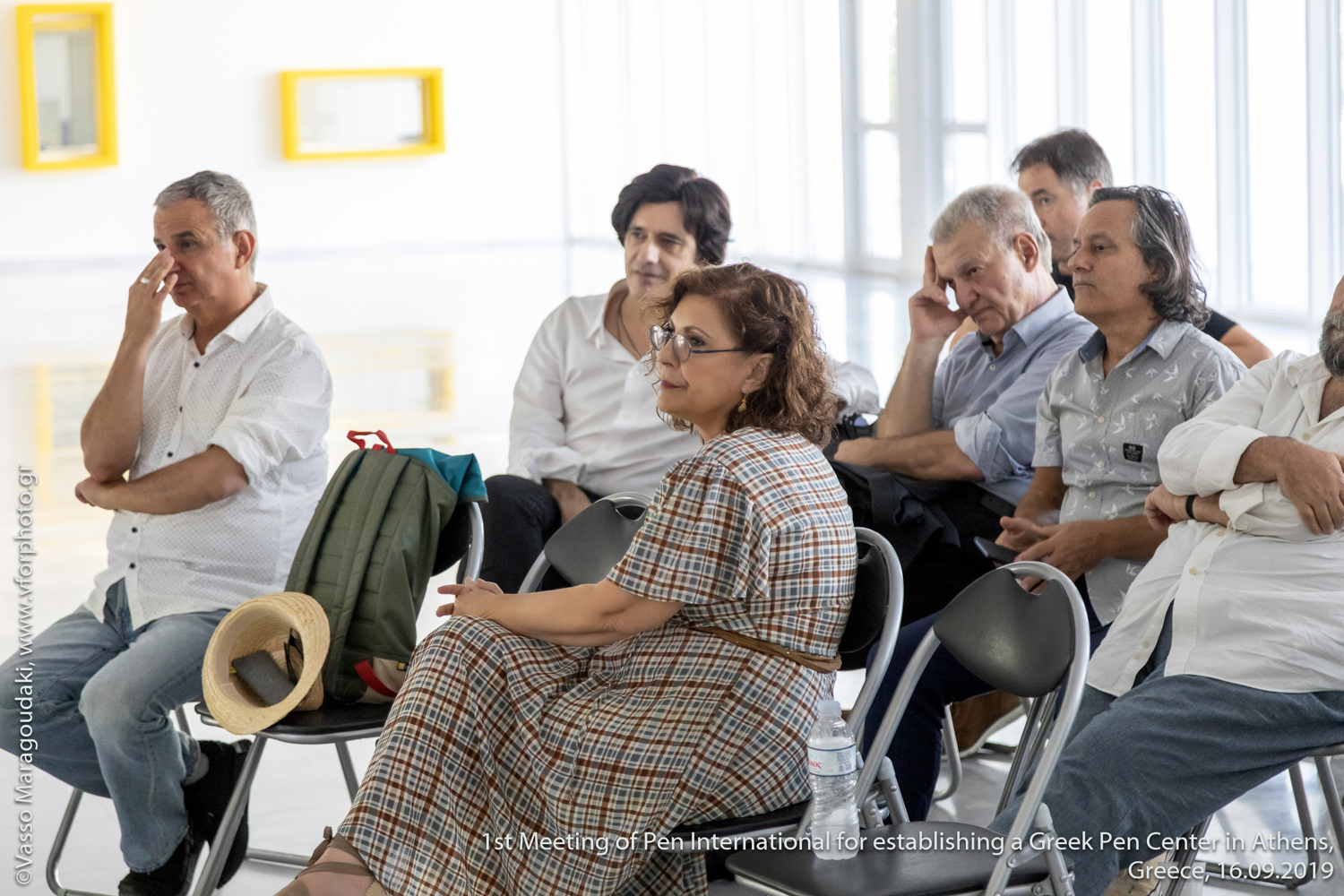 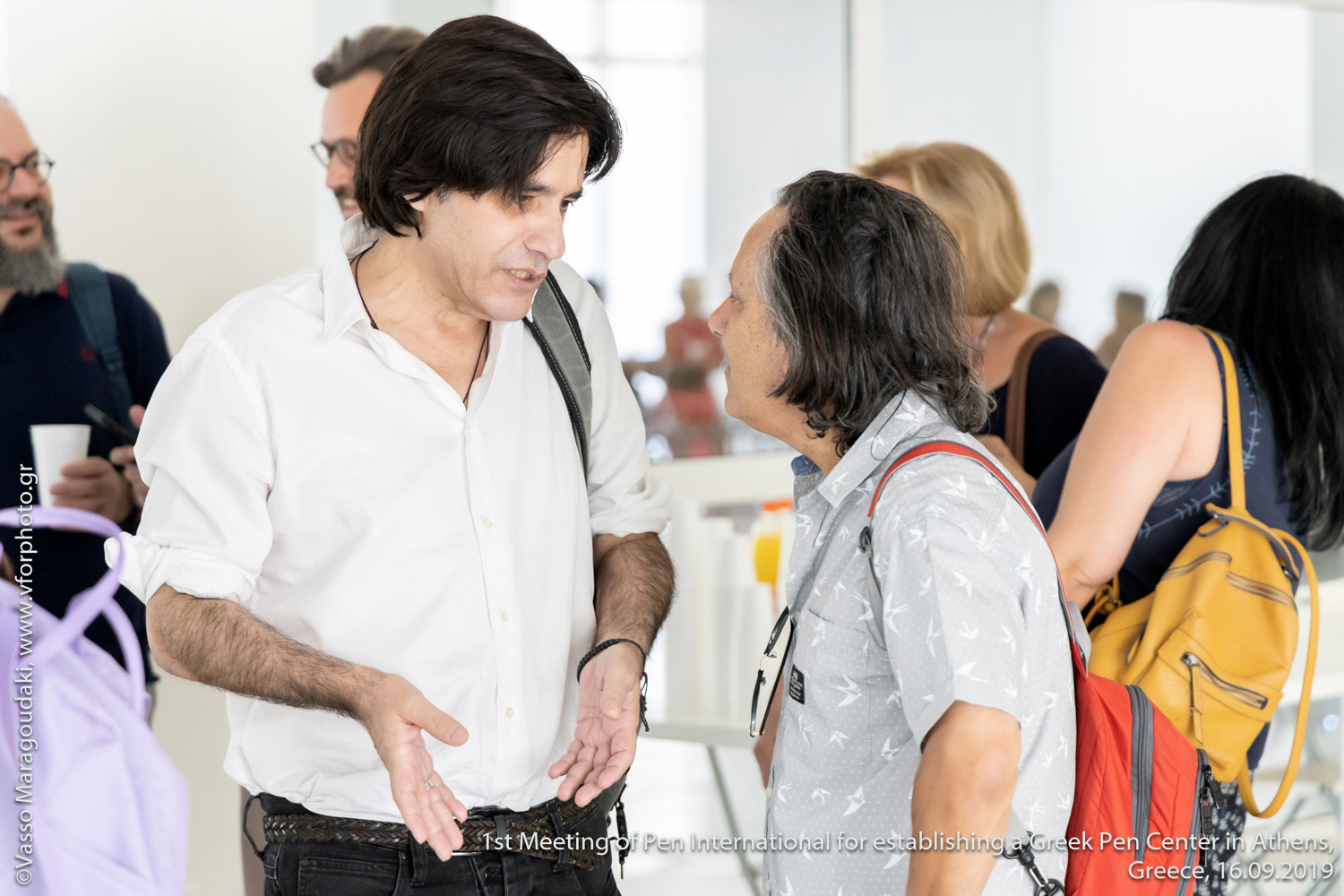 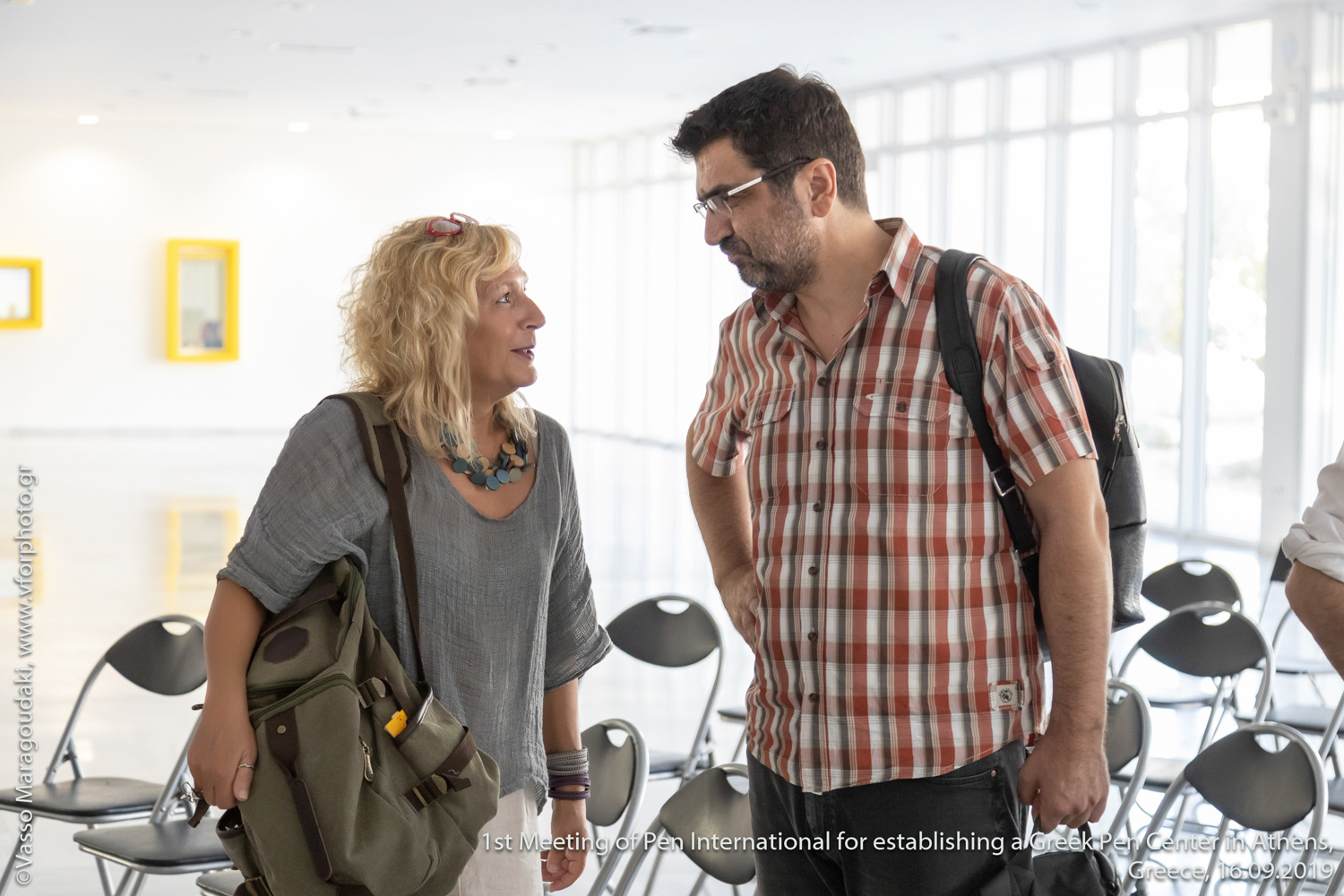 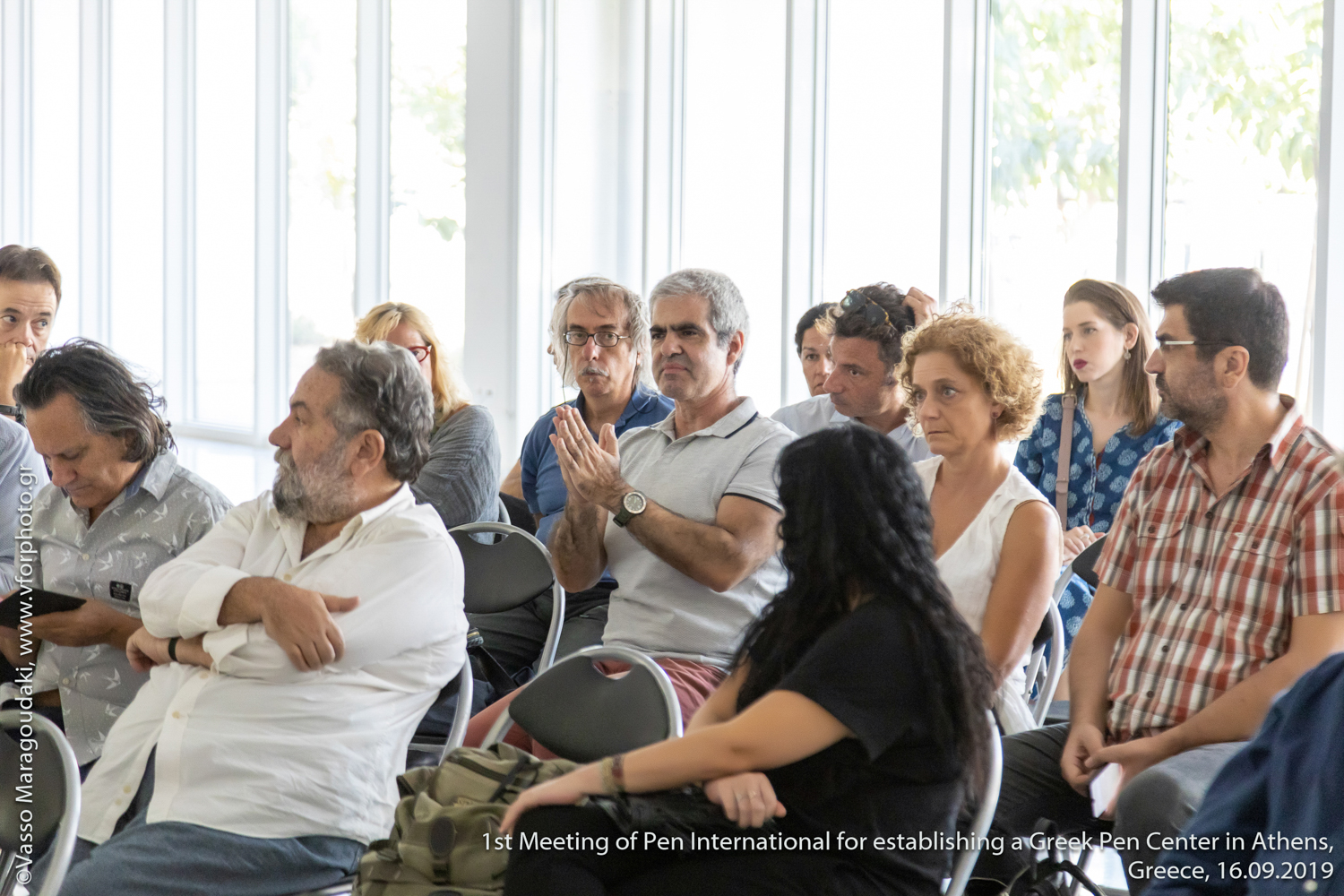 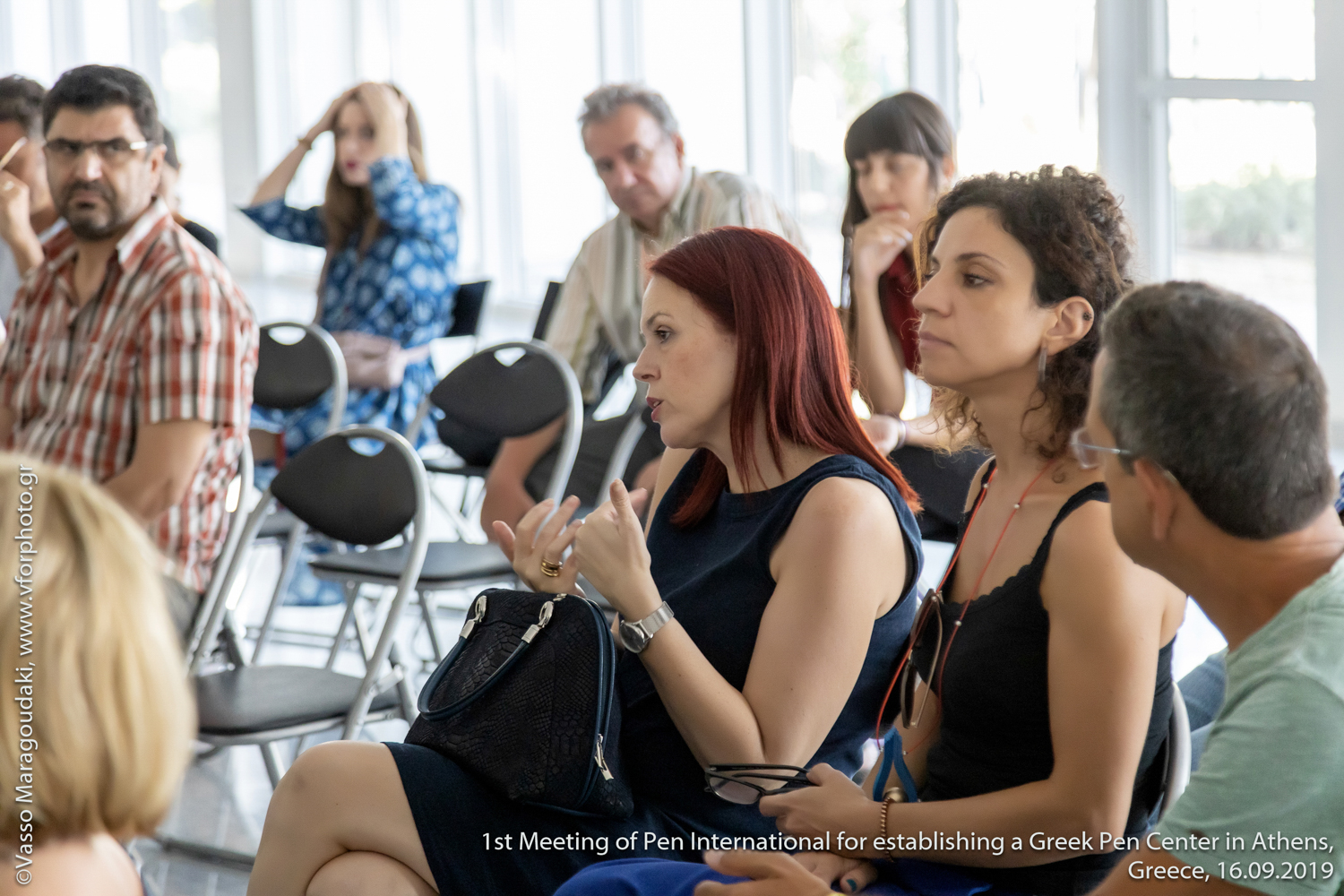 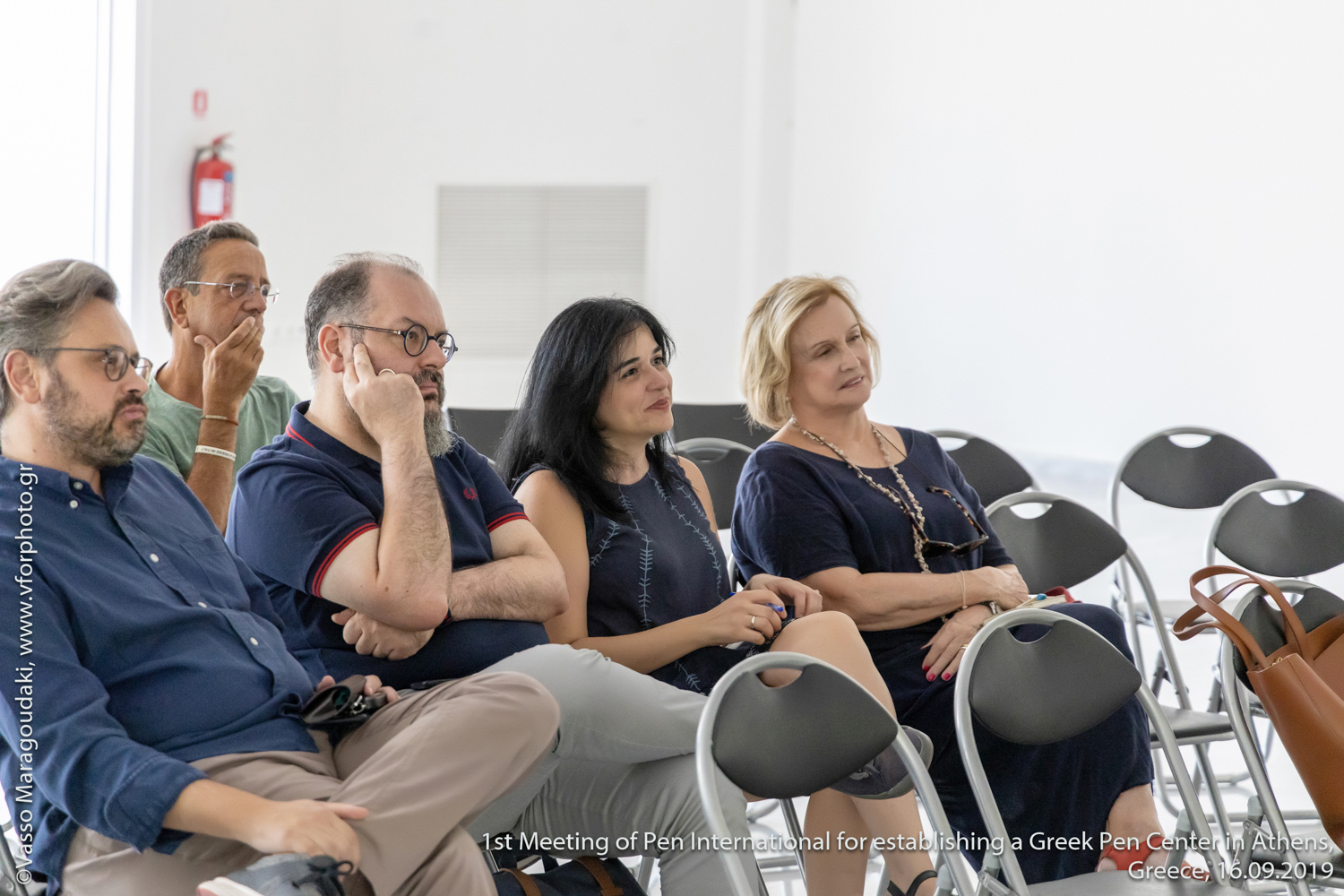 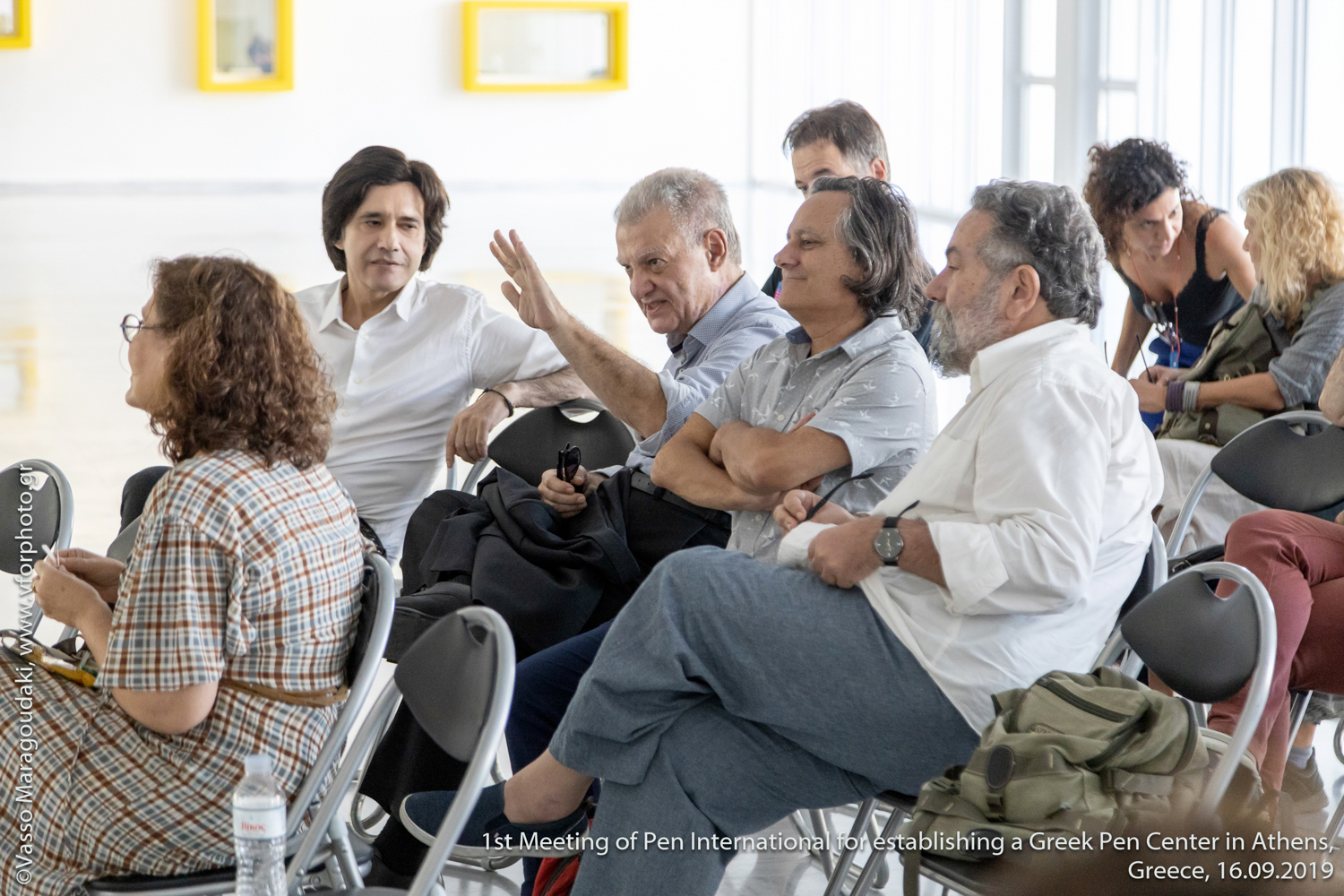 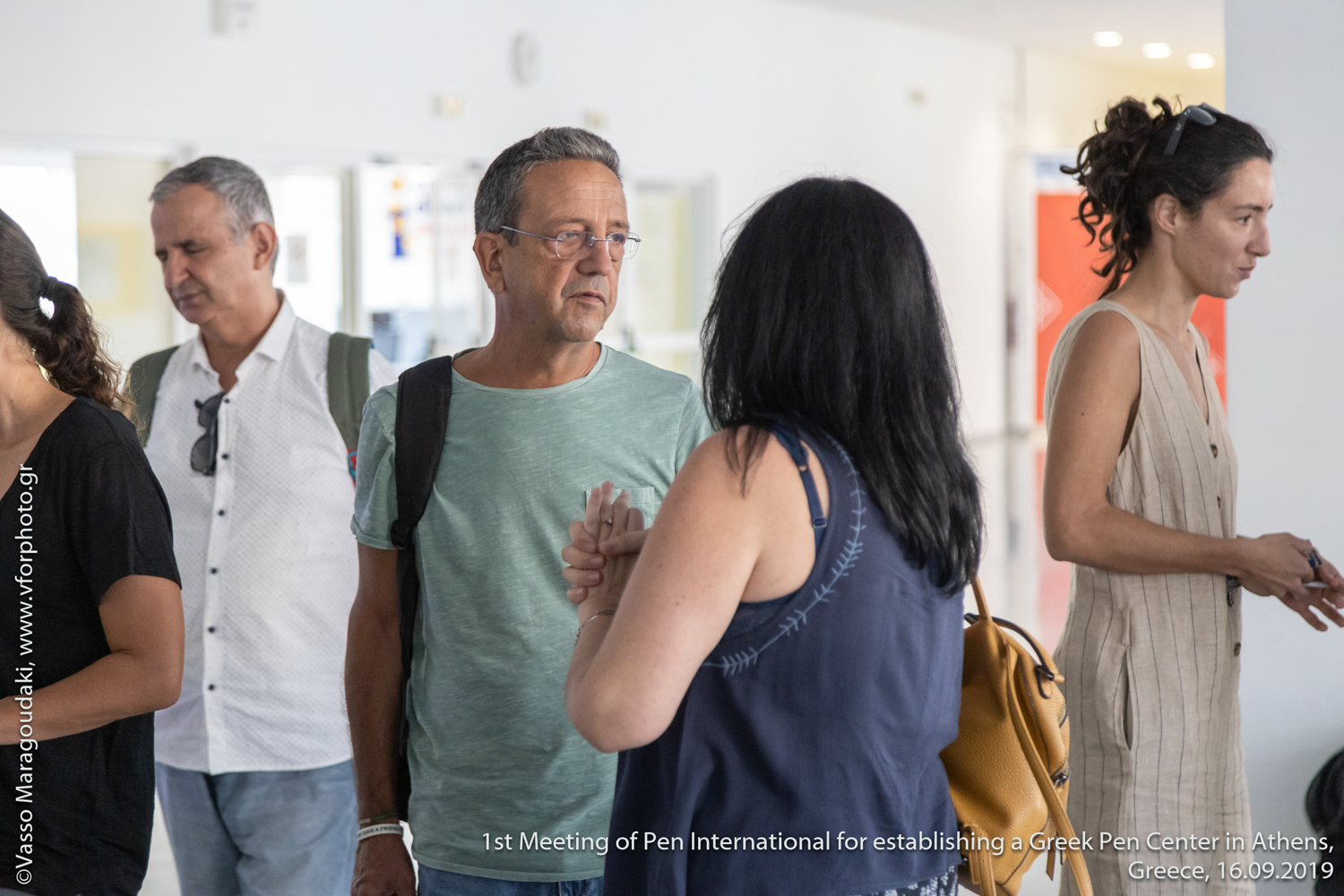